Raimey Affirmed in all Respects 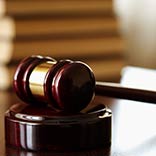 On December 31, 2014, the United States District Court for the Eastern District of New York, affirmed the Raimey Order in all respects, including sanctions imposed for the various mis­representations by counsel and by the flood insurer retained engineer.

The Court examined the “peer review” process used by the Raimey PE firm (US Forensic/“USF”).  The below excerpts from the Order address those issues.  The Court also clarified the nature of the sanctions imposed in Raimey, stating that such were imposed not simply on the failure to disclose the initial report, but due to subsequent efforts and an alleged misrepresentation to forestall further inquiry into how the manipulated report was prepared and distributed.

The Court found, among other things, as follows:

“Defendant’s primary objection to this finding [Raimey Order by Magistrate Brown] is that counsel for Wright [NFIP Insurer](as well as other counsel for both sides in the Hurricane Sandy cases) did not interpret CMO 1 (or the subsequent discovery orders) to require the production of documents in the possession of third parties, such as engineers, and Wright did not have the initial [PE] report in its possession. However, there is no such limitation in the discovery orders and, as Magistrate Judge Brown correctly noted, counsel has a duty to make reasonable inquiry to ensure discovery responses are complete and correct, including from third parties over whom control exists, and there is no doubt that Wright had the legal and practical ability to obtain this initial report from USF.”

“Second, Magistrate Judge Brown did not err in concluding that the failure to produce the initial report concealed conduct by USF in this case that was, among other things, highly improper. As a threshold matter, contrary to the arguments of Wright and USF, the Court is not suggesting that there is anything problematic about a peer review process in general as it relates to engineering reports, or any other reports generated in connection with an insurance claim. Moreover, the fact that a principled and thorough peer review process may ultimately lead to a conclusion that is contrary to the initial report certainly does not implicate a finding of fraud, or even necessarily suggest that something improper has taken place. Instead, this Court concludes that Magistrate Judge Brown correctly found that USF’s peer review conduct as it relates to the Raimey claim was improper. In particular, the second peer review engineer (Michael Garove), without any additional inspection of the property, not only changed the report to reach the exact opposite conclusions but also removed language from the initial report that indicated that [the inspecting PE] could not inspect certain portions of the house – such as the foundation (which was obscured by piles of sand) and the crawlspace (which was obstructed and could not be thoroughly inspected) – and replaced that language with language which suggested that observations of those areas supported the contrary conclusions. Regardless of the validity of the ultimate conclusions (which Magistrate Judge Brown questioned), these modifications of the language memorializing the engineer’s inability to inspect certain areas are indefensible (even if approved by the first engineer), and certainly place into question the validity of the entire peer review process at USF…”

“Even in other situations where such review is the product of a principled peer review process, such process should not be completely concealed from a plaintiff who is challenging in litigation the ultimate determination of the engineering firm. Fundamental fairness, as embodied in the Court’s discovery orders, dictates that plaintiffs suing over a denial of an insurance claim should have knowledge of any such prior reports and be able to test and challenge the process that led to the modifications in the report and its conclusions. Thus, although USF seeks to defend its new conclusions in the modified report, that does not excuse the conduct as it relates to the Raimey claim – namely, the removal of observations inconsistent with the new conclusions, as well as the concealment of that initial report and the process that led to the second report, from the plaintiffs.”

Therefore, the gravamen of the ruling as it relates to the other matters subject to CMO #1 (and subsequent discovery CMOs) concerns the USF “peer review” process in Raimey, and suggests that in this instance USF’s peer review process was likely subsequently invented as a pretext to cover up wholesale changes in the USF engineering report. This was then exacerbated by the conduct of defense counsel for the flood carrier (Nielsen) – leading to the imposition of fairly substantial sanctions.

While obviously not stated, the court was likely also influenced by the allegation that this is not the only proven instance of engineering reports being manipulated. Likewise, the Nielsen firm had asserted at some point that it represented at least 70% of the nationwide flood carriers in cases of this sort, which certainly did not help its position in this case. It was alleged that whenever instances like this would be discovered, the Nielsen response was to have the flood carrier insist that another independent engineer be called in to perform a “neutral” inspection.

Notwithstanding, the court went to some lengths to point out that a peer review process which results in a report modified from the original draft, is not in itself improper, and that subsequent report changes are not always red flags, but will almost always be a proper subject of discovery and investigation (presumably by both sides).