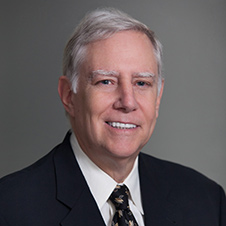 RANDY G. ROSNER worked for the United States Attorneys’ Office for the Eastern District of New York, joined Hendler & Murray, P.C. as an associate in 1980, and became partner in 1982. Mr. Rosner helped found Rosner Nocera & Ragone, LLP in 1985. He has successfully argued several cases before the Appellate Division. In Freedom Cashier, Inc. v. Federal Ins. Co., 262 A.D.2d 353, 693 N.Y.S.2d 604 (2nd Dept. 1999) the court granted Mr. Rosner’s motion for summary judgment and held that a theft of money occurring in transport was not a covered loss under the policy at issue. Furthermore, in Federal Ins. Co. v. Honeywell, Inc., 243 A.D.2d 605, 663 N.Y.S.2d 247, (2nd Dept. 1997) the court ruled that a waiver of a subrogation clause in a burglar alarm service contract did not bar the insurer from seeking to recover in a case involving gross negligence.

In addition to his career litigating insurance and general bank matters, Mr. Rosner has served as the firm’s Managing Partner since its inception in 1985.

Mr. Rosner has written and lectured for various insurance and related industry groups. He has delivered papers to the Middle States Surety Association on the subject of creditors rights and remedies available to insurers and financial institutions to recover funds protected under ERISA, and delivered seminar sessions conducted by clients of the firm. He is a member of State, Federal and County Bar Associations and is admitted to practice in New York and New Jersey.

Mr. Rosner is a 1979 graduate of Brooklyn Law School.