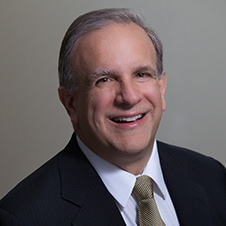 PETER A. RAGONE, joined the firm in April 1986 as its first associate. He worked with the firm’s founding members, John Nocera and Randy Rosner, former partners at Hendler & Murray, P.C., where he was a senior litigation associate. He became a member of the firm in 1992 and a name partner in 2001, when the firm name was changed to Rosner Nocera & Ragone, LLP.

Mr. Ragone has been designated by a top five national bank as special counsel in New York and New Jersey to handle unusual cases stemming from the enforcement of levies, garnishments, subpoenas and other legal process. He has also represented the firm’s bank clients in cases involving ponzi schemes (including Madoff related and similar litigations), check and wire transfer fraud, check kiting schemes, financial frauds and in a number of other scenarios.

Some of the significant cases handled by Mr. Ragone in the banking industry include McCarthy v. Wachovia Bank, N.A., 759 F. Supp. 2d 265 (E.D.N.Y.2011), where the court awarded summary judgment and dismissed a putative class action case against the defendant bank for honoring restraining notices, executions and levies across state lines. Mr. Ragone successfully argued that the practices employed by the bank did not constitute “a constitutional violation,” but instead, that the provisions in the bank’s Deposit Agreement, which authorized the bank to honor attachments, garnishments, levies and other legal process in any state or jurisdiction, were dispositive. He successfully argued that N.Y. CPLR Section 5222 permits the restraint of funds in an out of state depositor’s accounts by virtue of legal process served in New York, where the New York Court has personal jurisdiction over a garnishee. The ruling in McCarthy is significant in limiting the potential exposure faced by banks to creditors and depositors for honoring garnishments, restraining notices and levies across state lines and in foreign jurisdictions.

In Idone v. Pioneer Savings and Loan Association, 159 A.D.2d 560, 552 N.Y.S.2d 424 (2nd Dept. 1990), a case of first impression, Mr. Ragone and his partner John Nocera successfully argued before the Appellate Division, Second Department, that a national burglar alarm service company could not limit its liability to its bank customer for its grossly negligent acts in the context of a massive safe deposit box burglary. In so ruling, the Court in Idone reversed the trial court’s ruling, which had enforced the limitation of liability contained in the burglar alarm service contract. The Idone case was the subject of a front page New York Law Journal Article.

In Manhattan Medical Diagnostic & Rehabilitation, Inc. v. Wachovia National Bank, N.A., 49 A.D.3d 461, 857 N.Y.S.2d 55 (1st Dept. 2008), the Appellate Division, First Department affirmed a grant of summary judgment by the Supreme Court, New York County in favor of the defendant bank dismissing the claims of the plaintiff/payee of various checks whose checks were forged and converted by a third-party. Mr. Ragone successfully defended the plaintiff’s claims that the bank had failed to act in a commercially reasonable manner in allowing a third-party to open a commercial checking account in the plaintiff’s name, which the plaintiff claimed facilitated the conversion of its checks.

Mr. Ragone has handled significant cases reported in the commercial insurance field. In Morgan, Olmstead Kennedy & Gardner Incorporated, 637 F. Supp. 973 (S.D.N.Y. 1986), Mr. Ragone successfully obtained summary judgment in favor of an insurer, thereby dismissing a multi-million dollar lawsuit filed by a national securities broker dealer, where the Court agreed that the broker dealer’s enhanced commissions, salary and other financial emoluments did not constitute an “improper personal financial gain” as required for coverage to lie under a fidelity bond for the alleged dishonest acts of the broker employee. The Morgan Olmstead case was also the subject of a front page New York Law Journal article.

In Prince Check Cashing Corp. v. Federal Insurance Company, 182 A.D.2d 750, 582 N.Y.S.2d 751 (2nd Dept. 1992), Mr. Ragone successfully obtained an affirmance of a summary judgment dismissal by the trial court of the insured’s lawsuit to recover damages due to a safe burglary at its premises before the Appellate Division, Second Department. He successfully argued that the insurance policy at issue did not provide coverage for the loss in the absence of visible marks of forced entry to the interior or exterior of plaintiff’s safe.

Apart from his experience in the banking and insurance fields, Mr. Ragone has successfully litigated in other commercial contexts, including bankruptcy preference and automatic stay litigation, breach of contract cases and other areas. He also acts as counsel in various Federal Court cases involving the Perishable Agricultural Commodities Act (“PACA”).

Mr. Ragone attended law school as a full time student while clerking full time at the firm of Guggenheimer & Untermeyer. He was awarded a Juris Doctor degree from the Jacob D. Fuchsberg Law Center at Touro College, after attending two (2) years there and third year at Benjamin N. Cardozo School of Law at Yeshiva University. He received his B.A. degree from Hunter College of the City University of New York.

Recognized among the top five-percent in his profession, Mr. Ragone has been selected to the New York-Metro Super Lawyers® list.

Mr. Ragone has been published in the New York University Journal of International Law and Politics, and he has also written and co-authored articles on a number of insurance related topics in the Bankruptcy Practice column of the New York Law Journal.

Mr. Ragone performs pro bono legal services for a number of not-for-profit and religious organizations, including the Archdiocesan Building Commission of New York, N.Y. City Department for the Aging, and Arrochar Senior Center and Friendship Club. Mr. Ragone has served several terms for Holy Rosary, R.C. Church, as its Trustee, Vice-Chairman of the Parish Council and as a Finance Committee and Executive Board member. He also donates time to various not-for-profit community organizations, offering support to the poor, elderly and infirmed, such as the Cesspino-Russo Sons of the American Legion of Richmond County. Mr. Ragone has participated in fund raising activities for the Crohn’s and Colitis Foundation of America, National M.S. Society, Susan G. Komen Organization and other charities.

Mr. Ragone is an avid cyclist and enjoys a variety of outdoor activities.