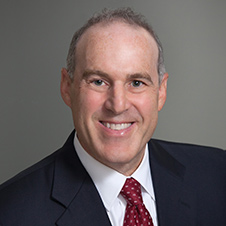 Eliot L. Greenberg joined Rosner, Nocera, & Ragone, LLP in 1993 and became a partner in 2002. His area of practice is focused in complex matters relating to insurance subrogation, fine art, commercial litigation, banking, and construction with a special emphasis in recoveries on behalf of art insurers, galleries, museums, and private collectors for damages and losses to fine works of art and antiquities.

Mr. Greenberg has successfully recovered millions of dollars for clients in a variety of matters including construction accidents, electrical and natural gas explosions and fires, trucking accidents, flood losses, and losses in transit. Recent achievements include a seven figure jury verdict in New York State Supreme Court for damages resulting from the collapse of a prominent midtown New York theatre caused by negligent excavation, and a seven figure jury verdict in Nassau County Supreme Court in a declaratory judgment action in matter involving personal injuries and wrongful death resulting from an automobile collision with pedestrians. Additionally, as lead counsel to several insurance companies, Mr. Greenberg recovered millions of dollars after trial by jury for damage to a New York State Thruway bridge in Westchester County and lost toll revenues caused by a massive explosion and fire after a collision between a gasoline tanker and an automobile.

In matters involving damage to fine works of art, Mr. Greenberg represents clients nationally. Samplings of Mr. Greenberg’s diverse achievements in fine art recoveries include: recovery on behalf of gallery for severe damages to an $8.5 million painting caused by framer; recovery on behalf of foundation for losses resulting from the theft of paintings valued in excess of $1.5 million from a warehouse due to inadequate security; recovery for destruction of a $3 million painting, damaged in transit, caused by deficient packing; recovery for complete destruction of a $2.5 million traveling museum exhibition damaged in transit in matter pending in the United States District Court for the Eastern District of Michigan; and recovery for severe damage to a $2 million painting caused by water infiltration from an adjacent building.

Mr. Greenberg has been selected to the 2014 New York-Metro Super Lawyers® list, a Thompson Reuters business. Only five percent of the lawyers in the New York Metro Area were selected.

A 1986 graduate of Clark University with honors in Economics, Mr. Greenberg received his J.D. in 1989 from the University of Miami School of Law, and is admitted to practice in State and Federal Courts in New York and New Jersey and the Eastern District of Michigan. Mr. Greenberg has also been admitted pro hac vice in California, Arizona, and Florida.